We have great Keynote Speakers in MobileSoft 2014!

Interaction design for people with less education
Until about 2005, information and communication technologies (ICTs) were predominantly used by about 20% of the world’s population – a definite minority. These users typically happened to be educated, urban, office or factory workers in developed countries and contexts. However the adoption of mobile telephony increased rapidly thereafter, and today ICTs in some form are in the hands of more than 80% of the world’s population, including the rural, the uneducated, and those in developing countries. This change seems to be ongoing, and it is now expected that within the next few years, everyone on the planet will have some access to ICTs.
From an interaction design perspective, these “new” users of ICTs are very different from the earlier users. They did not use computers before they used mobile phones, so they did not get an opportunity to understand the conceptual model of what a computer can do, though they now have one in their pockets. Moreover, there is lot more diversity in this group of users than in the earlier users. So not only do they need different solutions than the ones that have evolved so far, they need different kinds of solutions from each other.
Today, their use of ICTs is restricted, though there is potential waiting to be discovered, perhaps waiting to explode. We have the opportunity to find the right solutions for many problems that have plagued a majority of the people in the world. The future is ours to create.
In the Interaction Design for Development group in the Industrial Design Centre of IIT Bombay we have been doing some experiments to explore these potentials. In this talk, I will share some ideas that seemed to work, and some that did not. 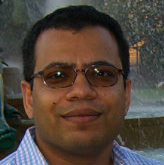 JavaScript in the small

Emerging wearable devices are running the same software platforms that power smartphones. This leads to the appealing idea that a uniform programming abstraction can be used for app development for a range of devices, from wearables to smartphones. In practice, however, wearables lag smartphones in their hardware capabilities, and this has an impact on app development. We will talk about a few ways in which developers are likely to deal with the differences, including ways in which JavaScript may be used and/or run differently to accommodate the different memory sizes. 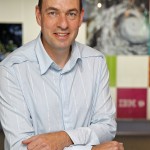 Mobile technologies are revolutionizing our personal lives and transforming the way we do business. This talk addresses both the technology and business transformations taking place, and explains how they are encouraging organizations to rethink the way they do business. The ensuing changes affect the internal business processes related to employees and the external customer facing systems that use front office digitization. 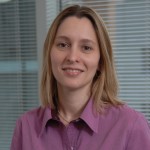 Mobile Computing at the Edge

As sales of mobile devices grow, and as these devices have become for many the preferred way of interacting with the Internet, social media and the enterprise, organizations are striving to push content and functionality out to mobile users.  However, mobile devices still do not have the computing power and battery life that will allow them to perform effectively. This keynote will explore current and future options for mobile devices to leverage edge networks and servers to extend their computing power and battery life, along with the software engineering challenges and opportunities that this movement brings.